Back on Track Exhibition 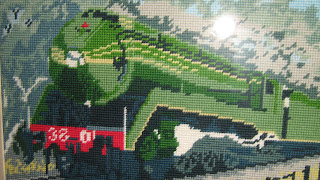 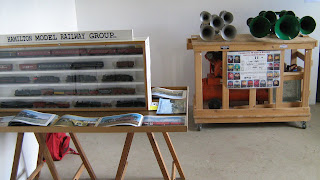 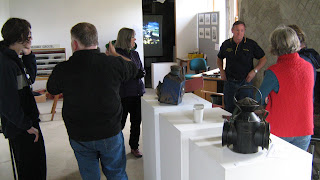 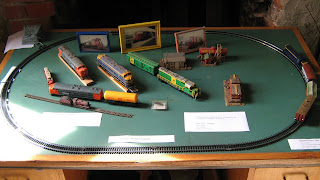 The recent Back on Track exhibition, which was on show at the Discover Dunkeld weekend, was a great success.
Visitors to the exhibition had the opportunity to see historic photographs, maps and other train related paraphernalia, with a particular focus on Dunkeld's once thriving railway station.
The exhibition also featured an audio installation by Keith Arnold, which created a wonderful atmosphere, and nicely complemented the two short films by local film maker Keith Crawford, which were on show for the two days.
One of the films on show depicted the arrival of a steam train in Dunkeld in 1977, during centenary clebrations, and featured many Dunkeld Identities.
Special mention must also be made of the Hamilton Model Railway Group members who set up a fantastic display of finely detailed, model trains of the region as well as two working diesel engine horns.
Richard O'Brien, president of the group delighted onlookers by sounding the horns, which were operated by an industrial air compressor. Richard and other members of the group were on hand all weekend to speak with visitors and answer questions.
It was clear that many residents have an interest in trains and this exhibition was an opportunity for them to share their passion with the rest of the community.
Special thanks to John Kay, Peter Mitchell, Keith Arnold, Barry Crawford, Peter Flinn, Don Dickie, The Dunkeld Museum, Annette Huf, Margaret Strawford, June Cashman, Marcia Wilson, and the Hamilton Model Railway Group. Apologies to those who I have forgotten to acknowledge.
Posted by OTR Gallery at 12:19 AM No comments:

Station Back on Track 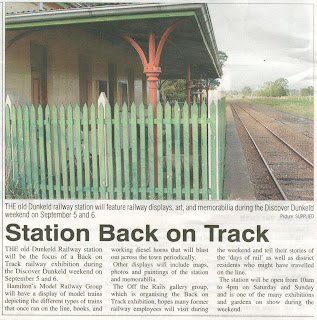 Posted by OTR Gallery at 3:52 AM No comments:

Celebration of the Tree 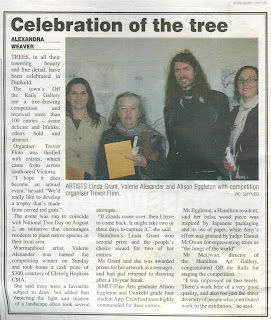 Posted by OTR Gallery at 3:49 AM No comments: