A Working Pattern opens at OTR 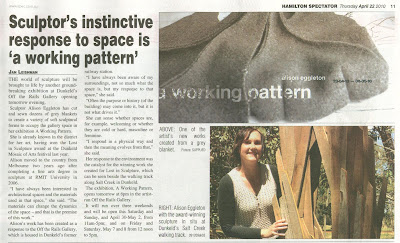 Posted by OTR Gallery at 9:27 PM No comments:

Discover the incredible world of soft-sculpture through the work of award winning Hamilton artist Alison Eggleton.

Alison has cut and sewn dozens of grey blankets to create a variety of sculptural forms which occupy the gallery space.

The first weekend in April saw the long awaited opening of Naup Waup's first exhibition at Off the Rails Gallery; the culmination of 12 years of research work with a remote tribal community called Pariet Amam.

"My art is a personal reflection of a journey defining myself, who I am as a male, a black indigenous tribal person from the remote Amam tribe of Papua New Ginea. I intend to make my art be a tool and venue for creating discorse and sharing of ideas and creating bridges between the oral world to the digital and the printed society.Creating paintings and drawing images is a way of sharing my soul searching story and knowledge in defining my place, history and my rich cultural heritage." Naup Waup, April 2010.

Visitors to the exhibition had the opportunity to hear Naup speak about both his art practice and his ongoing project work. Naup was accompanied by his wife and three children, during his stay in Dunkeld, who all assisted with making the show a great success. 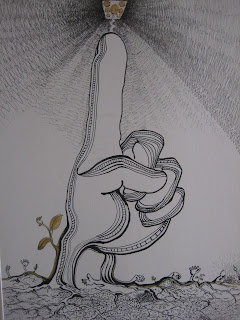 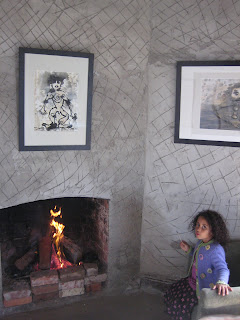 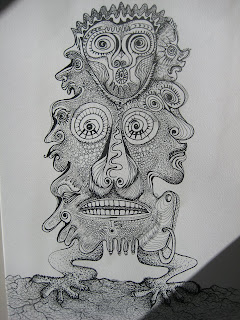